A Frantic Day! (By Samantha) 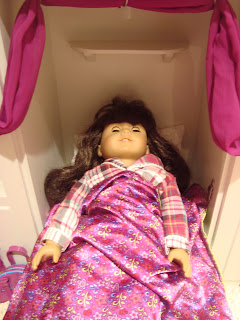 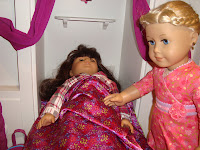 Hi everyone! I hope your summer has been going great. Ours hasn't been too busy, but it's still been very fun. Today though, was the busiest, and most insane day that we've had all summer, involving a deadline to meet that seemed almost impossible! I'm even writing this post now on a bus with a bunch of other girls that I don't even know! Let me tell you about it. So last night, we all decided to watch the olympics after dinner, and it ran very late. None of us wanted to go to bed at a good time, because the races and gymnastic floor exercises were too exciting for us to want to miss. I finally got to bed at 12:30 AM. That wouldn't have been so terrible if tomorrow hadn't been-- i'll tell you later. I was still very tired in the morning from staying up so late, so I slept past my alarm clock. Normally, I get everyone up in the morning around 8 (well, because we don't want to get too lazy during the summer!) but now, none of us were waking up. Two hours later, Jessica finally woke up. She said she tried to wake me up by nudging my shoulder, but I must have been having a good dream, because I wasn't awake until I felt Kit doing a cartwheel on my bed! 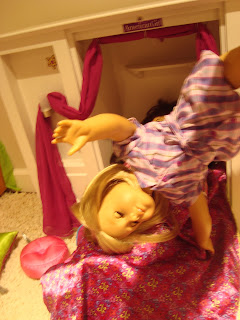 I was a bit grumpy to have been waken up! "What is the big problem? It's summer, we should be relaxing!"I grumbled in a groggy morning voice. Jessica and Kit both looked at each other, then looked at me. "We forgot that we were going to summer camp today at noon." they both said sheepishly. OH NO!!! How could I have completely forgotten! We were going to pack the week before, because packing for a trip with all 15 of us takes a very long time! "Oh no." I said to them as I just realized the other crazy part about today. "We only have 1 and a half hours to pack and be at the bus stop!" "AAAAAH!" We all started screaming! But then we realized that the only way we were going to make this happen is if we all had a plan! I stood firm, and started distributing official orders to everyone!

Kit - Go wake everyone up!
Tell Kirsten and Angela to start washing all the dirty clothes we want to take with us! 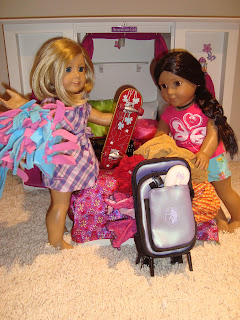 When people started waking up, I gave out even more orders! 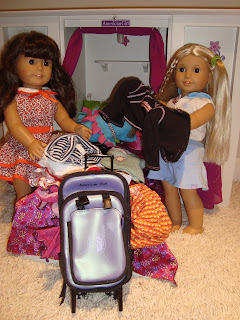 Just about then, I heard a huge crash coming from the attic, followed by reassuring cries of "EVERYTHING'S FINE!!" Then they came down, Felicity and Kaya holding the sleeping bags, and Kit holding her old skateboard. "Hey Kit, nobody told you to go to the attic, let alone make a mess! Kit apologized, saying "Well, I finished waking everyone up, and I found my old skateboard. I want to take it to camp! Felicity and Kaya who were covered in dust now, were not amused.


I looked at the clock, and we were down to twenty minutes, and we hadn't even started packing yet! I yelled in my fiercest military voice,

GET BACK TO WORK! And, also, put all the stuff you want to bring on my bed so we can quickly pack it.

Soon, everyone finally realized that there was no messing with me right now, and we all had to work quickly to meet this deadline. The next problem was that now there was a huge pile of clothes and items on the bed and we all had to somehow fit it into our average sized suitcase.

Just then, Kit walked in with two things we didn't need to bring, her skateboard and her typewriter and put them on the bed. I talked her out of the typewriter but not the skateboard, so I knew that the next time she left the room I was going to have to hide it. I put it in a good place, but I'm not telling you, in case you would email Kit at dolltalk@aggossipblog.com  to tell her where I put it. Don't worry, she'll find it after camp. 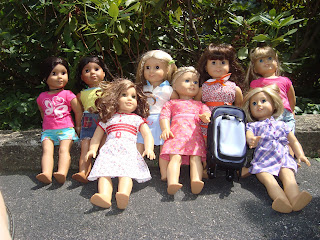 Soon, we were all by the bed, folding clothes, and taking out unnecessary objects, and I was loading them into the suitcase. We had quite the assembly line going on! We stuffed everything in the suitcase and we ran out to the end of our neighborhood, taking turns carrying the suitcase. I felt like the olympic racers in the track and field events! When we finally made it to the curb where the camp bus was coming to pick us up, we all collapsed and giggled! We packed for all 15 of us to go to sleep away camp in only an hour and a half! Now we could just relax again and be excited for our fun time planned at Camp PineLake! Soon the bus came to pick us up, and as I speak, we're now in the middle of heading there. I'm excited for all the new friends we are going to meet there, but for now I hope that everyone will stop calling me Sergeant Samantha! They think I was acting like quite the millitary leader this morning, but hey, at least we made it to camp! I'll be able to use the computer sometimes there, so I'll try to keep the blog updated about our time there.